This article is a stub. You can help Blaster Master Wiki by expanding it.

After a long and perilous journey through space, Jason and Eve finally made it to the planet Sophia. However, they were attacked by Sophia's army and the Gaia-SOPHIA was rendered inoperable. Jason, Eve, and Fred were captured and imprisoned separately. Before Jason can get answers as to why they they were being imprisoned like this, the base they were held in fell under attack, allowing Jason to escape and recover the G-Sophia. The fate of Jason and Eve... and the fate of Planet Sophia... all revolve around the threat of the mutant scourge. But now, an interdimensional reversal of fate is beginning...

Jason now possesses a jet pack in side-view mode, allowing him to descend more slowly in the air. This enables him to cross over larger gaps, and will also mitigate falling damage if used on time. His helmet is also equipped with the new Vision Reversal Visor (VRV) system, which lets him (and Sophia) cross into alternate dimensions on designated spots.

G-Sophia can now warp from one retry point to another, as long as the target point has been previously visited. This can also be used to fast-travel between areas.

Just like both BMZ & BMZ2, Blaster Master Zero 3 is also getting Limited Run physical copies for both Nintendo Switch and PS4 with two Editions to choose from. Pre-order starts on June 4 for Five-week. The physical copies comes with Japanese voiceover.

The classic edition of Blaster Master Zero 3 comes with a reversible poster, original game soundtrack, a retro cartridge-sleeve to fit your game case, and include a full-color manual and interior art.

The Collector’s edition for BMZ3 comes with a certificate of authenticity, a metal tank figure, art cards, soundtracks, a Commemorative Non Functioning NES Cartridge and everything from both classic editions. The premium box pairs with the BMZ 1&2 Collector’s Edition. 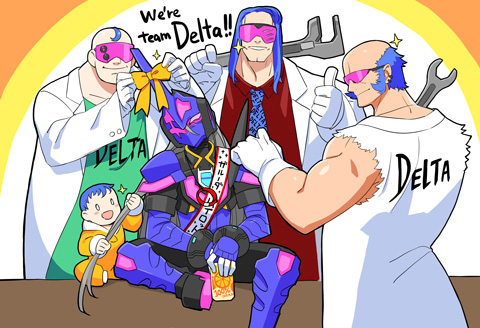