Metal Attackers, frequently abbreviated as MA, are all-purpose vehicles crated by the people of Planet Sophia to combat the Mutants. Each MA has a pilot, support droid, and support animal. The support droid's job is to keep the MA maintenance and the support animal's job is to search for Mutants on the planet. In Blaster Master Zero 2 the first Earth Metal Attacker was built by Jason and Eve from the remains of both SOPHIA III and Sophia Zero.

When the planet Sophia came under attack by the Invem army (Mutants), the original "Metal Attacker" was developed by Jennifer Cornet and piloted by Kane Gardner. After the tank managed to successfully fend of the mutant threat from the planet, the people of Sophia decided to develop additional vehicles that could be used to protect other planets in the galaxy. This started the "MA Project".

A prototype for the “MA Project”, known as the NORA MA-000 “SOPHIA-ZERO” was first developed. However, due to its poor energy efficiency, it was quickly abandoned. Fortunately, the MA Project itself was not abandoned, and 4 development teams were created with a budget to build 2 Metal Attackers each.

The members of Team Alpha developed “interplanetary, all-terrain battle tanks” based on their experience with the Mutants. Known members of this team are the original Metal Attacker pilot Kane and engineer (now also spouse) Jennifer. Kane and Jennifer also worked to improve the SOPHIA-ZERO prototype during their spare time, culminating in its deployable state in Blaster Master Zero's True Ending.

Team Bravo ignored the "all-purpose, interplanetary" portion of the project, and put all their focus on developing tanks that have pure firepower and toughness. The MAs they developed are incapable of intersteller travel.

The members of Team Charlie has a broad approach with their design with “As long as it's a vehicle,” especially with EIR.

Even though they were told to make two tanks, Team Delta decided to pour their budget into making one single vehicle that performs really well, even going so far as to emphasize the "interstellar assault vehicle" notion by doing away with any need to actually touch a planet's terrain.

Team Delta is also the only MA development team demonstrated to be in service after delivering their machine, reclaiming Garuda after it was shot down and detained by the Sophia Force at the start of Blaster Master Zero 3 and remodeling it to Leibniz's specifications as Rising Garuda.

After the destruction of the SOPHIA III during the battle with Invem Sophia, and SOPHIA Zero being worn down between BMZ and BMZ2, Jason and Eve built the first Earth Metal Attacker EARTH MA-001 "G-SOPHIA" or "GAIA-SOPHIA" using parts of SOPHIA III and Sophia Zero. The G-SOPHIA is equipped with the GAIA System and is designed for space travel.

Gaia-SOPHIA is later upgraded with parts from Andreia into the Gaia-SOPHIA SV.

After Gaia-SOPHIA SV is run to exhaustion, Jason further develops SOPHIA-J1 after discerning Eve's true feelings about their separation across Super-Dimensional Space. It is unknown if SOPHIA-J1 further iterates on the SOPHIA III chassis, but it boasts an identical loadout to Gaia-SOPHIA SV and a comparable EARTH MA-## model number, in addition to a formidable navigational command of Super-Dimensional Space. 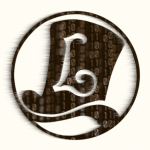